Tulga. G: “360 Mandala Tower” is considered to be a particularly complex building because it is the tallest apartment building and it has an unusual leaf-shape

The “360 ​​Mandala” Tower, which is being built to add a unique look to Ulaanbaatar, is considered to be one of the tallest apartment buildings under construction to date. Most importantly, it is a big step forward in the construction industry due to the complexity related to its leaf shape. We have interviewed Tulga. G, Chief Engineer of “Tulga Project” LLC, about the calculation of the structure of the “360 Mandala Tower”. 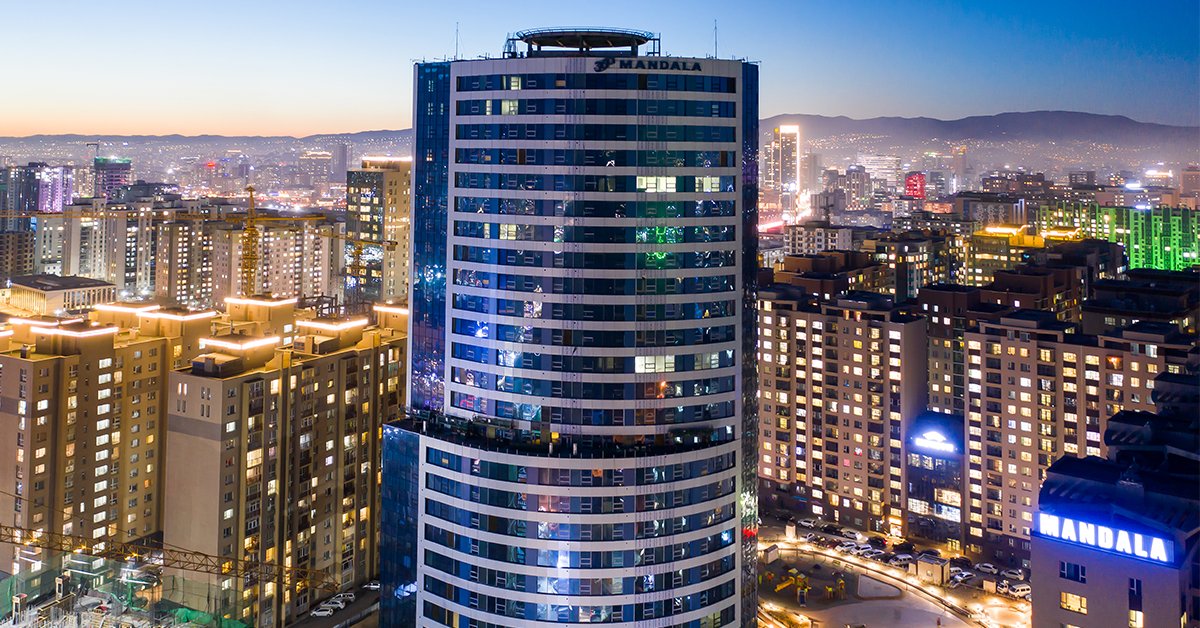 Tower buildings are one of the many indicators of a country's economic growth and technological progress. The “360 ​​Mandala” Tower, which is being built to add a unique look to Ulaanbaatar, is considered to be one of the tallest apartment buildings under construction to date. Most importantly, it is a big step forward in the construction industry due to the complexity related to its leaf shape. We have interviewed Tulga. G, Chief Engineer of “Tulga Project” LLC, about the calculation of the structure of the “360 Mandala Tower”.

Depending on the height, capacity, and purpose of the building, it is divided into five categories of building complexity level. Buildings higher than 51 meters are classified as particularly complex buildings. The “360 Mandala Tower” is 98.6 meters high and is one of the tallest apartment buildings in Ulaanbaatar. It can be understood that government and professional organizations pay a lot of attention and put a high level of inspection on those buildings categorized as particularly complex buildings. 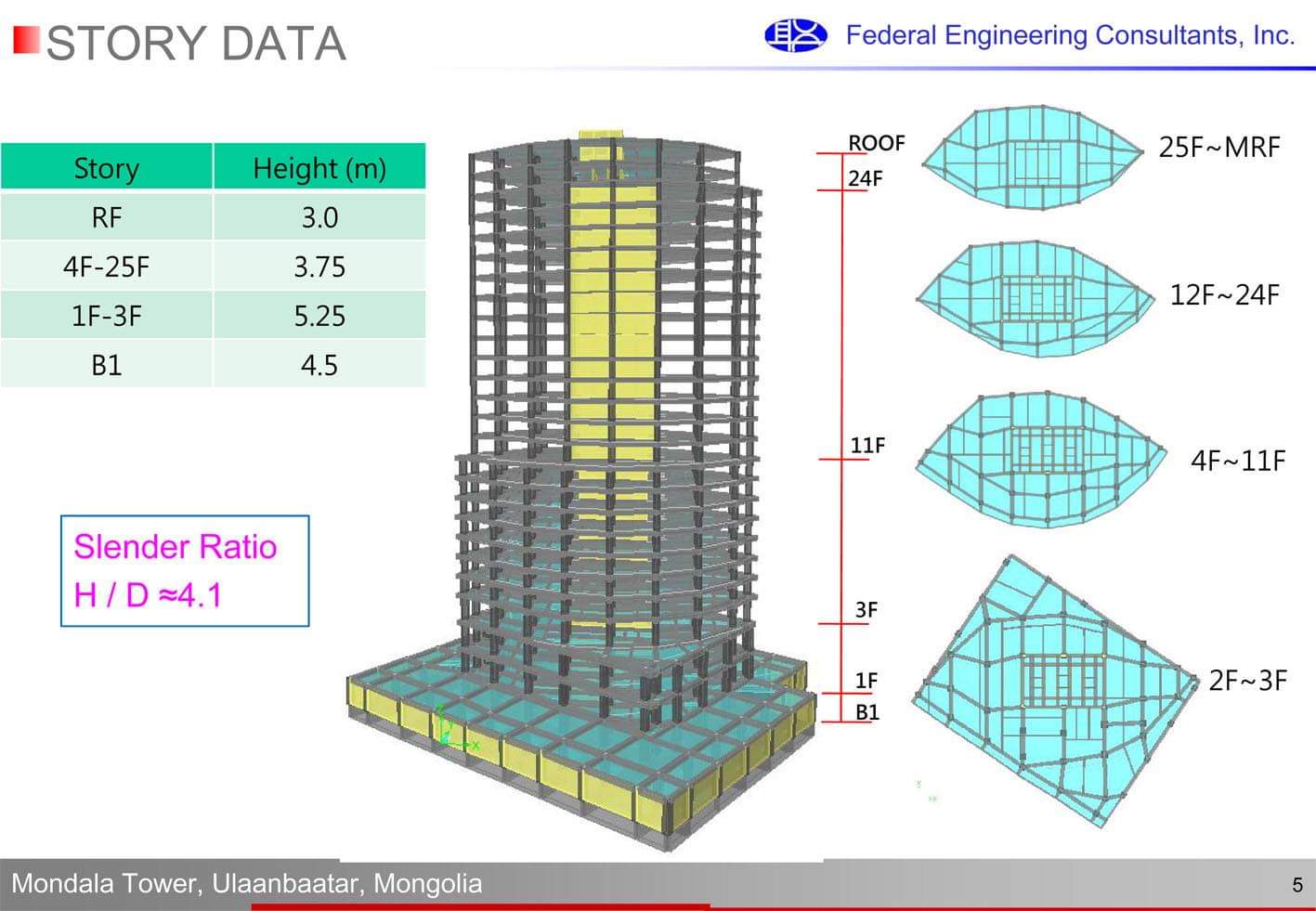 When constructing a building less than 51 meters high, the construction work is carried out according to the drawing after the design drawing has been approved. In the case of complex buildings like the “360 Mandala Tower”, starting from the project preparation phase or the drawing assignment development phase, drawing assignment is discussed at the meeting of the Professional Council for Preliminary Earthquake Prevention, to reflect and improve the drawing with the feedback from experts in all fields.

Leading consulting engineers and architects in each field of expertise will discuss the issues professionally such as compliance with architectural planning norms and rules, how to calculate the earthquake resistance of buildings and structures, fire safety by emergency specialists, and how to plan emergency exits in the event of an accident. According to the legal regulations, after the approval of the drawing developed under the requirements of the drawing assignment discussed and supported by the professional council, construction work permission will be obtained to start the construction work on-site. 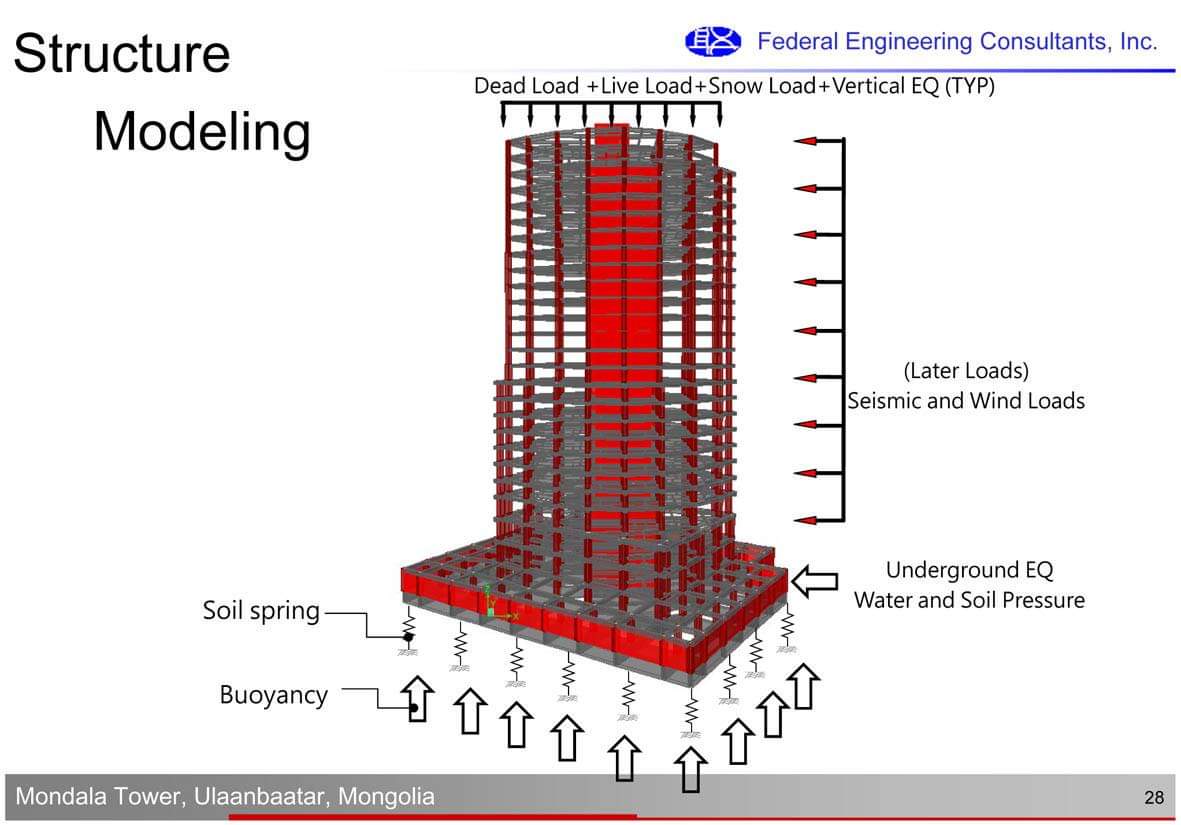 There is a common misconception among the public that a fully cast structure is good and other structures are bad. The load capacity of the building is one of the factors to especially consider when selecting the main load-bearing structure of a building. The main load-bearing structure of a building is selected depending on vertical loads on building structures due to their own weight and the weight of people living and working inside, equipment and furniture, and horizontal loads due to natural phenomena such as wind and earthquakes. In addition, the purpose of the building, architectural planning designs, and factors related to the other characteristics influences the final choice of the building structure. For a frame-like structure similar to the “360 Mandala Tower” located in a high-intensity earthquake zone, there are three types of carcasses: frame carcass, connected carcass, and frame-connected carcass according to the current norms and rules. As initiated by a group of engineers and based on international experience, the frame-connected carcass classification has been added to the norms and rules in 2013, and it is considered to have the best earthquake resistance among the three types of carcasses.

You have made the calculation of the structure of the 360 Mandala Tower in 2017. What was new about handling such a uniquely shaped building at that time?

When non-professionals/ordinary people see the 360 Mandala Tower from the outside, its unique shape makes it stand out. Whereas for professionals, it is the building contains many things that require complex solutions in addition to the shape. When we first received a proposal from “Moncon Construction” LLC to design the structure of this building, we thought it would be better to work with experienced foreign experts. Accordingly, we talked to both sides and agreed to work with Taiwan's Federal Engineering Consultants LLC, which we have been collaborating with since 2011 and worked together on several projects in Ulaanbaatar. The island of Taiwan is one of the most seismically active regions in the world, and it is a few steps ahead of us in terms of technological progress. Taiwan's Federal Engineering Consultants LLC, which has previously co-worked on four projects with us, has more than 50 engineers and technicians and has experience in structural planning in several countries around the world. Working with these high-level professionals, we have developed solutions that not only provide excellent seismic and wind performance but also simplify construction work.

We heard that you have self-tested the Wind load calculations. Speaking of which in detail, why did you try it yourself?

The current norms and rules implemented in Mongolia do not specify how to calculate some wind load parameters of high-rise buildings shaped like the “360 Mandala Tower”. To be more precise, in a leaf-shaped building like ours, there were no coefficients to use to calculate the wind load. Therefore, we had two choices: to conduct wind dynamic tests and plan the building structure based on the data obtained or to study international norms and rules and apply the ones that suit us. According to international norms and rules, there were not any coefficients to be applied directly to our leaf-shaped buildings in the norms and standards of our external partners and the international norms we studied. Although appropriate parameters for the building of elliptical, oval, or other similar shapes can be selected, it would have taken us approximately six months to two years to obtain the appropriate permits, as required by this procedure. Therefore, we agreed that the best option is to conduct a new physical experiment in accordance with the procedures and regulations. This is because it allows us to display only the data suitable for the “360 Mandala Tower” in a short time. In addition to wind loads, Ulaanbaatar is considered to be an active seismic zone, so it is also designed to withstand earthquakes by relevant norms and regulations.

Specialists from our foreign partner, Federal Engineering Consultants LLC, and our engineers have worked to the best of their ability to meet the requirements of Mongolian norms and regulations. We believe that the “360 Mandala Tower” has become a building that is strong, stable, and meets permanent operating conditions.

Thank you so much.